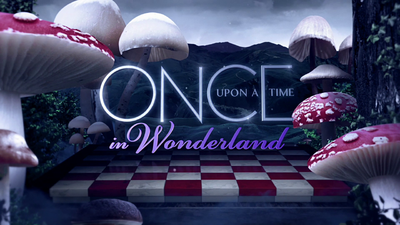 No one believed Alice when she spoke of her adventures in Wonderland. Of how she fell in love with a genie named Cyrus. How the Red Queen tore them apart. [...] She was locked away in an asylum. So the Knave of Hearts and I brought her back to Wonderland to search for her true love. There are... 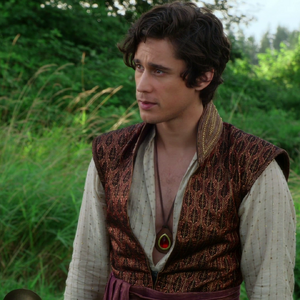 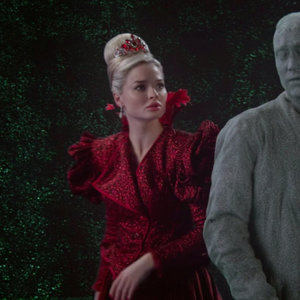 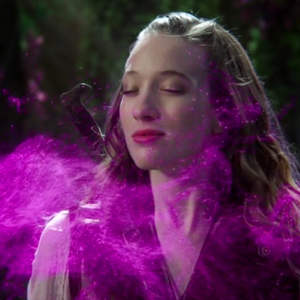 Loved it
Hated it
It was ok, but worse than the main show
Pffft, passes the time
Loved some parts, didn't like some other parts
It was boring

So, I am about to finish Once Upon A time and the very thought is damn unbearable so I wanted to watch Once Upon A Time In Wonderland but well...it is not on Disney plus so if any one could tell me where to watch it...I would be extremely obliged and grateful.

WonderlandOnce Upon a Time in Wonderland
Yes, it deserved it!
No, the main show is better.

There isn't too much information what would be on the page that isn't on the general OUATIW page but I purpose we make it. It's a good idea for 1) It would be able to give us a Wonderland gallery (seasons will soon be getting a gallery) and 2) It just makes sense to do this to make everything fair and equal to OUAT.

(edited by administrators)
Once Upon a Time in Wonderland
This post is locked.

So I've noticed that in the wonderland section of the top we have a "The Characters" section which includes the main cast and the Jabberwocky. I don't think it makes sense to have the Jabberwocky considering she only had five appearances, I think the Old Prisoner should be there considering he has ten appearances and that is as much as the White Rabbit, in the Once section we have the seven most appearing characters so we should probably do that for Wonderland right?

EDIT: I misremembered the amount of appearances the Jabberwocky had, its five but that just means she has more than Edwin and Amara compared to before.

(edited by moderator)
Once Upon a Time in Wonderland

In my opinion, only Michael Socha and Emma Rigby would return as series regular, and the show would explore other stories in Wonderland, also exploring the fact that Anastasia was going to be Cinderella's stepsister (which I believe it was wrapped up because of Ana's story being already complete). I also see Sarah Jane-Redmond being promoted to series regular as the new big bad "Lady Tremaine"...

(edited by Matheus1234zx)
Once Upon a Time in Wonderland

Ok this topic covers a large range of confirmed and speculated tie ins that will be introduced in Season 6.

Previously confirmed ties between the 2 shows (Prior 2 season 6)

1. Appearance of Leroy and Ashley, and Emma's bug driving (which would imply Emma, even if JMo was not on the set) in "Down the Rabbit Hole".

2. Maleficent, Robin Hood, and the Merry men, appearing in "Forget Me Knot"

3. Ruby and Cora make appearances in "Heart of the Matter"

4. The Catterpiller appeared in both shows.

5. Will Scarlet joins the main cast of Once in Season 4.

1. Jafar appearing (at least in backstory so far), probably a main guest star role for at least the first several episodes.

2. Dr Lydgate appearing in "Strange Case". (Probably backstory only, but who knows)

Now, for the fun. What other potential tie ins do you see occurring during this season?

1. Final resolution of the relationship between Ana and Ella (implied but never confirmed).

2. Final resolution of what happened with Will and Ana?

3. What happened to Jafar AFTER he became a genie?

For those that have not seen Wonderland yet, I saw on twitter that ABC is airing the show on it's streaming site (ABC.go.com ).  I'm not sure if there are restrictions on access, but I was able to access it last night and enjoyed rewatching the first episode, and plan on rewatching the rest of the series over the next couple of weeks. So I thought to share this with the community if anyone is interested.

It was nice to see Will being Will again.

(edited by Hmcooper4)
Once Upon a Time in Wonderland

I think we should create a "No Quote" and "No image"  category for articles.

What does everyone else think?

So this is just a couple of questions that I have, that we still haven't answered. What does everyone else think about them?

Who is The Dragon?, Why did a wolf arrive when Emma tried to leave Storybrooke?. Why is it that characters like Snow White and other fairytales were known about 300 years ago, but their story is only about 30 years ago in the show?, What happened between Maleficent, King Stefan and Briar Rose/how did she turn evil?, How did Mulan and Aurora return Philip 's soul, Why can the White Rabbit cross realms?, Why did Regina kill the Blind Witch (did they have a past)?, Who is Lily's father (we will probably find out later)

I'm sure there are WAY more questions, please add them if you think of one, and tell me what theories you have for the unanswered questions.

So this is kinda random, but I recently thought of this and wondered if anyone else had made the connection. Both Tweedledee and Tweedledum have that lightnight bolt makeup over their right eye - is that a deliberate reference to David Bowie? Hes wearing almost the same makeup on the cover of his album Aladdin Sane. I haven't actually watched all of OUATiW, but I had seen pictures of the characters before and just never made the connection. Maybe they made the refence becasue of the name of the album? With Bowies recent death that image was just in my mind. Thoughts?

About half the Wonderland episode pages still need quotes. I made general suggestions for what part of the episode I think the quotes should come from in the comments sections. If someone could find exact quotes, and then people could vote on them, that would be awesome. Thanks. :)

(edited by administrators)
Once Upon a Time in Wonderland

I personally believe that all other worlds were frozen in time, just like Aurora and Philip's kingdom was (when Cora shielded it from the curse).  Why do I believe this?  In this origial script, Rumple said that the curse affected all worlds.  I know this is neither proof nor canon, but it actually seems to make sense, anyway.  I don't remember seeing any worlds during the time period of the Dark Curse (I apologize if it occured in OUaTiW, I never really got too into the spin-off...).  The only world that we know for a fact wasn't frozen in time is Neverland because Bae escaped after the Curse was enacted.  (However, this can easily be because time already stands still in Neverland.)  This theory would explain why Zelena looks the same as in 3B even though 30 years has passed (because only 1-2 years have passed in Oz after the Curse).

Hi! I was just wanting to hear some people opinions, but, if it was still airing and wasn't on the crappy timeslot it was given, how far do you think it would have gone? Maybe as long as OUAT or longer? Would it still be here as we speak? lol What storylines do you think we would have seen; like would Jafar still be the villain or would there be a newer one?

Also, I heard from many peopl (including friends and family) that the storyline was much better than, OUAT's not saying that the original was bad or anything but mylittle curious question is why, in anyone's opinion? ^-^

Back to topic. In "An Apple Red as Blood", Jefferson uses his hat to open a portal to EF and retrieve the poisoned apple for Regina. However, the place and time that this portal opens at clearly breaks the third law as he opened a portal to the past, and technically changed it by removing the apple (which would likely have remained there to rot, or be taken away by the Evil Queen) and bringing it to the present.

It has commonly been stated that the laws cannot be broken, only to later be slightly changed by stating that an extremely powerful spell can break the laws. Jefferson's Hat (to me) does not seem to be on this level of power as it was not made to break the laws, merely travel between worlds, not through time. Thoughts?

(edited by NickM98)
MagicOnce Upon a Time in WonderlandJefferson's Hats

Now that we've seen Will in Oz, this means there's more to his tale than we thought, not just about the events after the spin-off.

Born in Oz (most likely), Penelope died, he met Robin and drank the elixir, and he figured out a way to get to the Enchated Forest (maybe the same way Zelena traveled to the EF before the events of New York City Serenade).

He came to Sherwood Forest and met Marian and the rest of the Merry Men, met Ana and fell in love with her. Will joins the Merry Men and steals the magic mirror to go to Wonderland.

Will and Ana are struggling, Ana marries the Red King and Cora takes Will's heart. Will becomes the Knave of Hearts. Alice gets his heart back, they parts ways and he becomes a Collector and meets the Lizard.

Will leaves Wonderland to the Enchanted Forest (I think this because Lizard said that people think Will left because of his debts. They would only say this if they knew he left, and if he was in Wonderland when the Dark Curse was cast, then they would have been frozen in time while he and Jefferson were being taken by the curse).

He is taken to Storybrooke by the curse but retains his memories (he said in 4x07 that he knew that time stood still for 28 years, but everyone else was oblivious to it. The curse broke and he was taken to Wonderland by the White Rabbit.

The events of OUaTiW happen. I think Will was most likely take back to Oz (if he was born there) when Regina cast her spell in 3x11 (Regina said that the spell would send everyone back to where they are from).

So either Will spent a year in Oz or the Enchanted Forest and was then sent back to Storybrooke because of Snow's curse before he could reunite with Ana.

(edited by WorldHopper22)
Once Upon a Time in Wonderland

Not true love? They kissed during Jafar's "curse" and it didn't break. It took Ana and Will smooching to do it.

Just one of a million questions...

(edited by Soozin27)
Once Upon a Time in Wonderland

So I have been thinking a bit. I enjoyed the Wonderland spin-off (despite it missing many things imo), but I wonder what people would want to see from Wonderland in the main show. My own personal list: